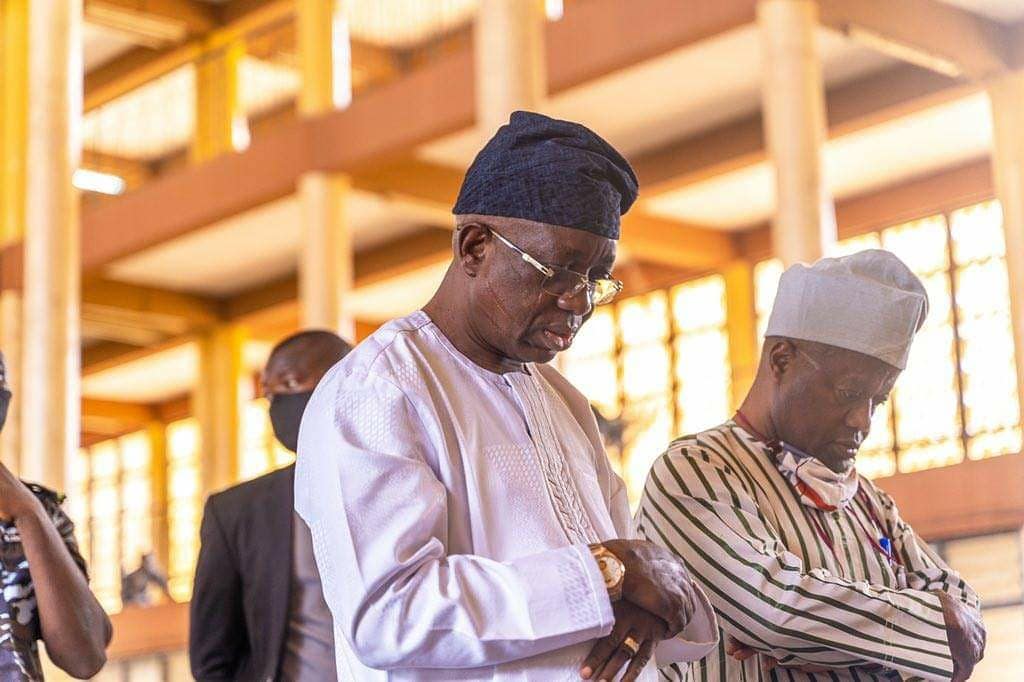 Oyo State governor, Engineer Seyi Makinde, on Friday, admonished Nigerians, irrespective of religion, ethnic or political affiliations, to promote the unity of the country and the peaceful coexistence of all its people.
The governor, who spoke through his deputy, Engineer Rauf Olaniyan, made the call shortly after a Special Jumat Prayer, held at the Oja-ba Central Mosque, Ibadan, in commemoration of Nigeria’s forthcoming 60th anniversary on October 1.
A statement by the Chief Press Secretary to Governor Makinde, Mr. Taiwo Adisa, indicated that the governor urged all Nigerians to see themselves as their brother’s keeper.
He added that peace and security are paramount to sustain the unity of the country, warning, however, that Nigerians should see security as everyone’s responsibility.
The governor also used the occasion to commend the people of Oyo State for living in peace, urging them to continue to keep things that way, as according to him, there can be no development without peace and unity.
The governor, therefore, congratulated the people of the state and all Nigerians on the country’s 60th independence anniversary, charging them to continue playing their respective roles for the growth of the country.
Earlier in his sermon, the Chief Imam of Ibadanland, Sheik Abdul-Ganiyy Abu-Bakr Agbotomokekere, said Nigerians should always give thanks to God, who preserved the nation till now.
Agbotomokekere prayed for the success of the administrations of President Muhammadu Buhari and Governor Makinde, even as he admonished Nigerians not to relent in praying for the unity and peaceful coexistence of all Nigerians.
The dignitaries at the prayer session include Muslim clerics, Muslim commissioners and other top government officials.