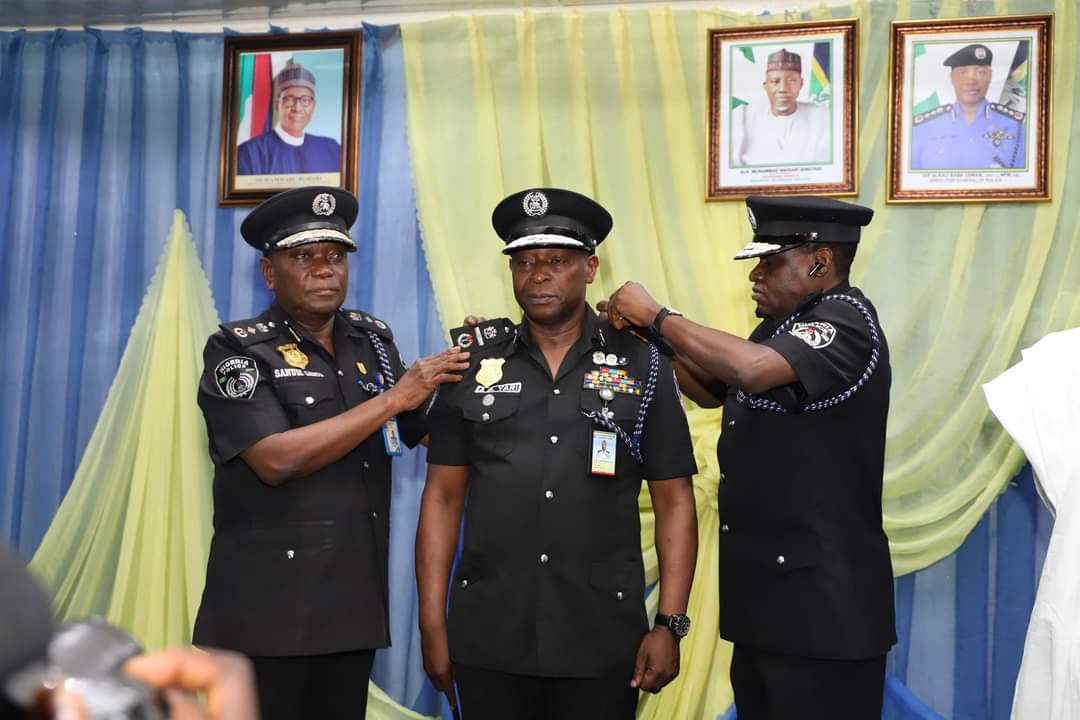 The Officers who earned the promotion on the basis of seniority, merit, unblemished service records and invaluable experiences, were decorated with their new ranks amidst cheers from their spouses, loved ones and well-wishers.

The IGP who was represented by the Deputy Inspector-General of Police in charge of the Department of Finance and Administration, DIG Sanusi Nma Lemu, noted that under the current promotion exercise, a total of four hundred sixty-five (465) officers were promoted to various ranks.

He assured that the exercise will continue towards ensuring that deserving officers are elevated as and when due, in line with one of the cardinal agendas of his leadership.

Similarly, the IGP has deployed 14 AIGs and 44 Commissioners of Police to various commands and formations in the country, including the newly decorated officers, for effective manpower and security management of the various jurisdictions.

The Inspector-General of Police while congratulating the newly promoted officers charged them to bring their vast experiences and professionalism to bear in advancing the fortunes of the Force.

The IGP equally appreciated the Honourable Minister of Police Affairs and the Police Service Commission for supporting the Police reform agenda and aiding in the attainment of its human capacity development initiatives.