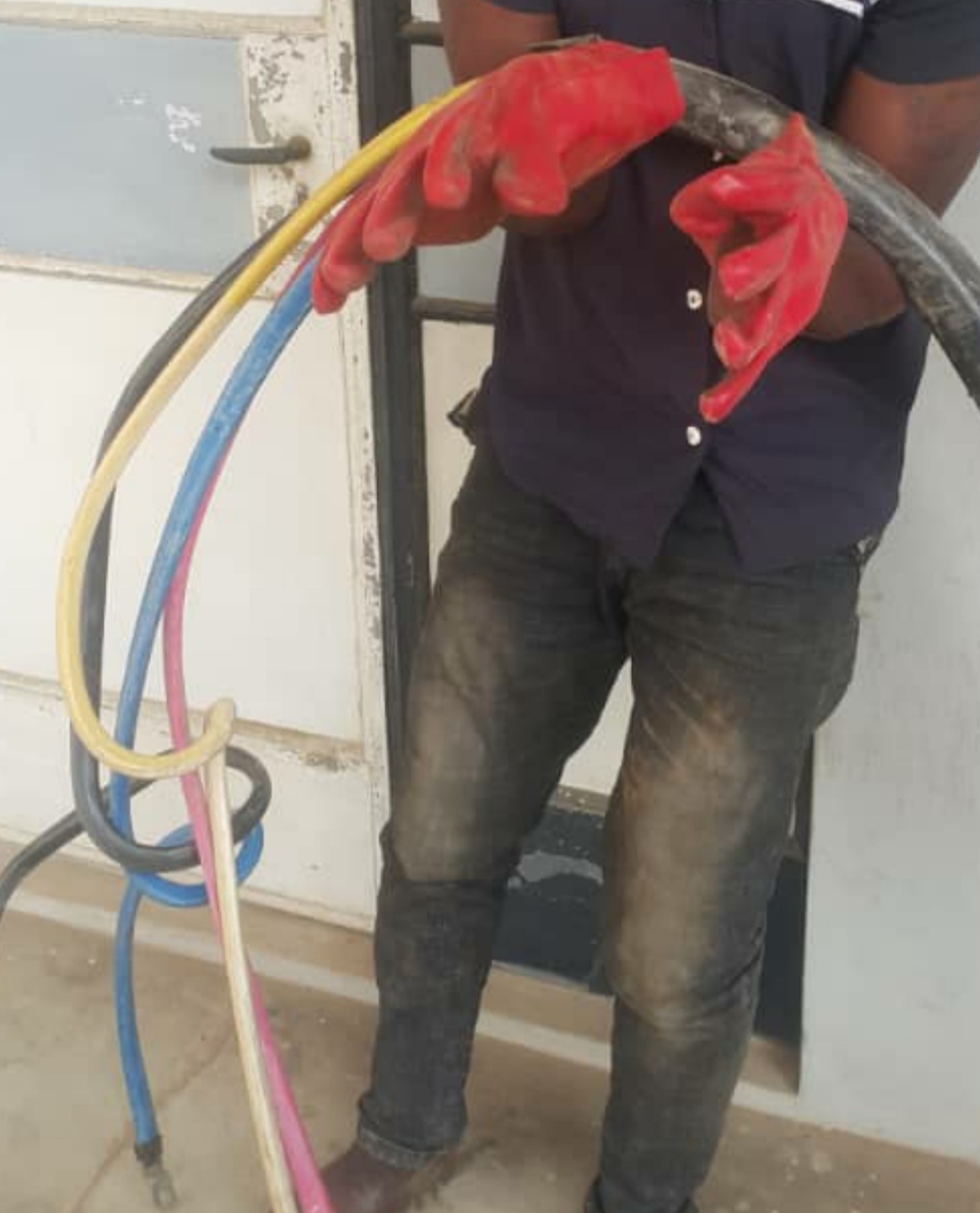 The Suspect was arrested on 26th of November 2020 in Ikoyi-Ile Ogbomosho Town around the hour of 0900hrs where he was caught packing looted transformer cables.

While parading the suspect today at the State Command Headquatre Agodi, Ibadan, CC ISKILU AKINSANYA disclosed that Bashiru Bello was caught vandalizing a transformer at Ikoyi-ile on 24th November. The Agro Ranger Squad tracked him down and got him arrested on 26th of November,2020.

The Commandant later commended residents for providing timely information to the Corps in order to curb such criminality.

He later assured the good people of the State of reinvigorated security in collaboration with other security agencies.

He added that the suspect will be charge to court as soon as investigation is concluded.