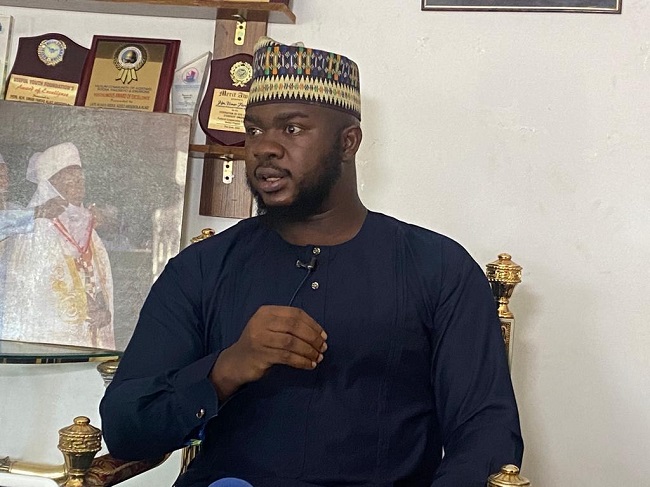 Accord Party House of Representatives candidate, Honourable Umar Farouk Arisekola-Alao, has disclosed their readiness to take over Oyo come 2023.

Speaking with Newsmen in his resident on Thursday, the former Oyo State Commissioner for Youth and Sports said he left All Progressives Congress (APC) for Accord Party so as to accomplish his political aspiration.

Arisekola-Alao, who is contesting to represent Ibadan North Federal Constituency, explained that APC has become a minority party in Oyo State and it lacks the volume to win an election.

“If the party has learnt from its past mistakes, the leaders of the party would have done a true reconciliation since they finished their National Congress to make sure they find a way to bring the members of the party together, instead, at the end of all the primaries, they formed a 26-man reconciliation committee to go and meet aggrieved members to come back to the party, who does that?

“Right now, APC is a minority party in Oyo State, leave it or not, they will come third in 2023 election,” he said.

While speaking on the chances of Accord Party winning the election, Arisekola-Alao said he is optimistic that the party will chase the incumbent government of Oyo State away in 2023.

He also stated that the the party is not new in the state and has produced Federal representatives and state honourables.

“We are very optimistic that the Accord Party will win in Oyo State, it is not just about the name Accord, no name of any party has ever done anything for anyone. The name of a party cannot fulfil its obligation without people in the party.

“In Accord today, the people we have there are educated and not just education alone but there are people with great characters which is extremely important. We left APC because the people there lack value,. Accord Party will deliver Governor, Federal representatives, Sente and House of Assemblies representative come 2023,” Arisekola-Alao said.

He assured the people of Ibadan North Local Government Area, Oyo State of better representations of elected as the Accord party is ready to make things better in the state.

“Let’s be well assured that God willing, come 2023, Accord Party will take over Ibadan North Local Government Area and will deliver our constituency and will be a better party to represent Oyo State,” he said.