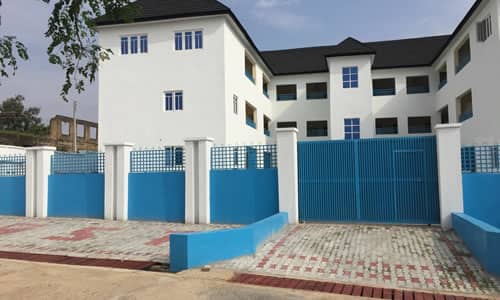 Recall that the results of the nationwide examination, necessary for admission into tertiary institutions in the country, were released by the Joint Admission and Matriculation Board (JAMB) last week.

A total of 50 ICAST students sat for the examination and they all recorded outstanding performances.

One of the students, Taol Baridule Daniel, scored 312 out of a possible 400, placing her in the top bracket of outstanding students who sat for the exam in the country.

Announcing the outstanding performance of some of its students, Mr. Busayo Adewunmi, principal of the school, noted that it is a product of its effective teaching pattern.

ICAST, established in 2011 by Chief Dotun Sanusi, has continued to grow in leaps and bounds because the proprietor ensured the ‘ship of ICAST kept sailing pleasantly’.

An obviously elated principal said everybody in the college is excited about the feat, adding that it will continue to spur the management and students to do more.

“At ICAST schools, we have long made academic excellence out watchword and nothing would make us compromise. And you can all see that in the sterling performance of our graduating pupils as they shone in all examinations they have written.

“It is not ordinary. It isn’t coincidence. It is as a result of the efforts of the teachers and pupils. We make sure we drill our students. It is always rigorous, but not enjoyable. We are grateful our efforts yielded fruits. These two are just the highest scorers from our college, we have others who also scored well and will be writing post-JAMB examinations.

“Here at ICAST, we have the best science laboratories in the state. Our teachers and staff don’t work for salary alone but for God’s sake.

“The increasing rate of pupils’ enrolment in ICAST schools, the management has maintained the global standard of the teacher to pupils ratio and had continued to invest heavily in the expansion of the school, as well as invest in sports infrastructure for the all around development of the pupils.